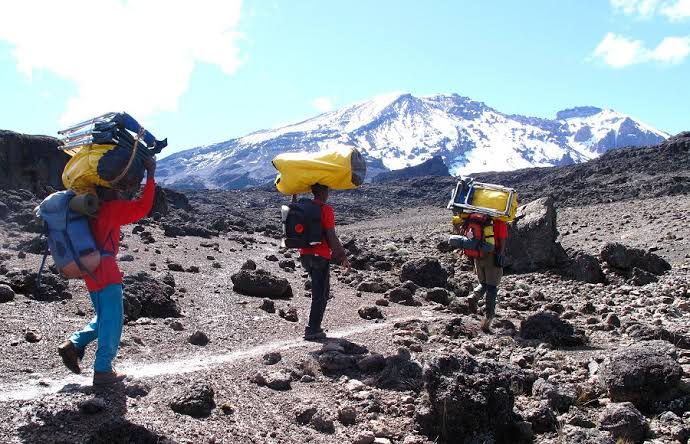 Posted by kilimanjaro on December 21, 2019 | Featured | No Comments 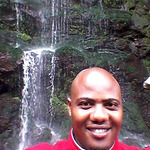 1. What is the best time to climb Mt. Kilimanjaro?

It is possible to trek Kilimanjaro all-year-round. However, certain months are characterized by colder weather, more rain and potentially loads of snow on the summit.

There are two distinct trekking seasons that constitute the best time to climb Kilimanjaro. They are January-March and June-October.

January-March is generally colder than June-October and there is a higher probability of encountering snow on the summit. For some this might be seen as a negative, but the benefits of a January-March trek is that the slopes are often quieter at this time of the year.

The June-October trekking season coincides with the summer holidays in Europe and N.America and hence certain routes are often quite busy. March, April, and November are the wettest months on Kilimanjaro, and not ideal of trekking. Snowfall and cold temperatures are common during December-May.

2. Which is the best route to take?

There are seven primary routes up Kilimanjaro. None of them require technical climbing, but they all demand that you are in excellent shape and have a strong will to keep hiking over rugged terrain.

The seven Mount Kilimanjaro climbing routes vary not only in length, cost and scenery. They also have different difficulty levels and different success rates.

Deciding the route to take is importantin preparing for a memorable trek on Kilimanjaro.

None of the 7 routes can be singled out to be the best route because of the following factors: The time and money you have available, previous experience and fitness, the time of the year, personal taste of choice.

Let’s look at the individual Kilimanjaro climbing routes and who they are suitable for:

The Marangu Route: the only Kilimanjaro climb route that offers hut accommodation.

The Machame Route: the most popular climbing route up Kilimanjaro.

The Rongai Route: the easiest route on Kilimanjaro.

The Shira Route: this one catapults you to some serious altitude on the first day.

The Lemosho Route: hands down the most beautiful Kilimanjaro climb route, but expensive.

The Umbwe Route: the most difficult and demanding route on Kilimanjaro, and the most spectacular.

TheNorthern Circuit route: is the newest, most exciting route on Kilimanjaro.

I.  The Marangu Route: the only Kilimanjaro climb route that offers hut accommodation.The Marangu route is a comfortable walking path with a very steady, gradual slope (at least until you reach the last camp). This gave the Marangu route a reputation as an “easy” climb route.

And that’s the other reason for the name “Tourist Route”: because it is supposed to be “easy”, the Marangu route is used by many shockingly unprepared “tourists”, rather than trekkers.

The name “Coca Cola Route” stems from the sleeping huts along the route. They sell the stuff (as well as bottled water and candy bars). The Marangu route is the only Kilimanjaro climbing route that offers hut accommodation. Camping is not allowed.

II. The Machame Route: The Machame route is also called the “Whiskey Route”, a reference to the “Coca Cola Route”. Machame is indeed a more difficult climb in some respects, but it does have much higher success rates than Marangu, especially if you choose the seven day version. (According to estimates about 60% of the climbers on Machame make it to the summit, and over three quarters reach the crater rim.)

The seven day version gives you a very short day before your summit attempt, which leaves plenty of time to recover, acclimatise and get ready. The six day version has the same problem as the Marangu route in that respect.

The Machame route is not technically difficult. It is more strenuous. Thetrail is often steeper and it involves many ups and downs, crossing asuccession of valleys and ridges. But that’s why it is also one day longer than Marangu.

The Machame route is absolutely spectacular: the Shira Plateau, the Lava Tower, the Barranco Wall. You start from the west, circle Kibo on the southern side, and then descend on the Mweka route in the south east. The variety is hard to beat. Machame is considered the most scenic Kilimanjaro climbing route.

For that reason the Machame route has become the most popular climb route on Kilimanjaro. The advantage of that is that prices have dropped and you can find many budget operators on it. The disadvantage is that the Machame route is very crowded.

If you are confident in you ability to hike in difficult terrain for days in a row, if you like camping and nature, but money is very tight, then Machame may be the Kilimanjaro climb route of choice for you. You will have to put up with the crowds.

III. The Rongai Route: The six day version of the Rongai route (via Mawenzi Tarn) is the route of choice for those looking for an easy climb with excellent success rates, but away from the crowds, with great scenery and a wilderness feel to it. It is slightly more expensive.

The Rongai route is the only climb route that approaches Kilimanjaro from the north. The descent is in the south-east via the Marangu route, so you get to see both sides of the mountain.

The extra transport cost makes a Rongai route climb more expensive. It is also more expensive because there is less demand and fewer budget operators.

The Rongai route has a reputation of being less scenic, but even if there is not quite as much variety as on Machame, it is still a spectacular route, especially on the later days. The camp beneath Mawenzi Peak is one of the most scenic on the mountain. Rongai is also one of the routes where seeing wildlife on Kilimanjaro is still possible.

The Rongai climb has the same easy, gradual climb profile as the Marangu route. It rises very steadily, there aren’t any steep climbs involved, no major ups and downs.

However, the camps are staggered a lot better than on Marangu. On your last day before the summit attempt you only ascend a few hundred metres, and you have all afternoon to rest and acclimatise. With a good operator you have an 80 – 90% chance to make it to the crater rim, and 70 – 80% will make it to Uhuru Peak.

There are several variations to the Shira route. It can be done in six days but most operators also offer a longer version of it. (A really good operator will also time their departure and stagger their camps in a way that avoids the heaviest traffic on the Machame trail.)

That and the added transport cost can make Shira a more expensive option. The first day on the Shira route is different to other climb routes:

It follows a four wheel drive route. So you either walk on the road for most of the day (not very attractive) or you opt to drive as far as possible.

There are several variations to the Shira route. It can be done in six days but most operators also offer a longer version of it. (A really good operator will also time their departure and stagger their camps in a way that avoids the heaviest traffic on the Machame trail.)

That and the added transport cost can make Shira a more expensive option. The first day on the Shira route is different to other climb routes:

It follows a four wheel drive route. So you either walk on the road for most of the day (not very attractive) or you opt to drive as far as possible.

Like the Machame route, the Shira route is for people who are confident in their ability to hike in difficult terrain and camp out for extended periods. It has less traffic but it is a more expensive option. You should also be confident about the way you will react to the altitude on the first day.

Lemosho is usually a longer trek, seven or eight days, and there are many

variations of it. Which one you take depends on the operator. (A really good

avoids the heaviest traffic on the Machame trail.)

The length, the remoteness and the added transport cost make Lemosho a rather expensive option. However, the longer itinerary and the fact that there are no budget operators (you can’t do this route on a budget) lead to excellent success rates on this route and it has become quite a popular one.

It is a route for people who are confident in their ability to hike in difficult terrain and camp out for extended periods, who want a superb wilderness experience and for whom cost is not the main consideration.

VI The Umbwe Route:The Umbwe route is not a technical route, but it is a very direct, very steep, very tough, and in parts very exposed route.

The Umbwe route joins the Machame route near the Barranco Camp on the second night. On the other routes Barranco Camp is reached on the third or fourth night. Goes to show how much steeper Umbwe is:

Parts of the trail on the first day are so steep, they can only be negotiated because the tree roots provide something like steps. The tree roots also serve as handle bars to haul yourself up where needed…

The second day is also steep and uphill all the way. The exposed ridge is not for people uncomfortable at heights… And have a guess why the “Rope Rock” (Jiwe Kamba) is called “Rope Rock”…

This is the most difficult and demanding of all Kilimanjaro climb routes. Don’t even think about it unless you have experience climbing mountains.

Having said that, it is a spectacular route!

VII. The Northern Circuit: The Northern Circuit is the newest and longest route on Mount Kilimanjaro. It begins in the West at the Londorossi Gate and follows the same path as the Lemosho route for the first two days. After crossing the Shira plateau the path veers north near Lava Tower, following the longer Northern Circuit instead of the more popular Southern Circuit via Barranco Valley The route circles around the quieter northern slopes to the east side of the mountain.

The Northern Circuit is longer than the other trails on Kilimanjaro, taking a minimum of eight or nine days to complete. The eight day trek skips the additional acclimatization day that is usually spent at Shira Camp 2 and continues straight on to Moir Camp.

3. How fit do I need to be to climb Kilimanjaro?

There is a common misconception that you need to be fit to be able to climb Mount Kilimanjaro. This is simply not true. In fact many fit people struggle to reach the summit because they exert themselves too much during the early stages of the trek and therefore don’t give themselves enough time to acclimatize during the ascent.

Of course having a good level of health and fitness is important for anyone wanting to climb Mount Kilimanjaro, but you don’t need to be an experienced marathon runner!

But You must consult your doctor prior to embarking on a fitness program or this trip if your answer is YES to any of the following questions:

Has your doctor ever told you that you have a heart condition?

Note: Kilimanjaro is a popular climb, and do not let the training and hardships put you off. With the proper training, a positive mental attitude and the right support the summit of Kilimanjaro is within your eye sight

4. How Safe is Climbing Mt Kilimanjaro?

Get yourself a copy of our free E- book to know more before you decide to to take an adventure of a lifetime.

Thinking of Climbing Mount Kilimanjaro? You Don’t want to miss that